Paris conference on climate change – Challenges and Opportunities was held on 28th June 2017 in Zagreb, Croatia.

The Paris Accords entered into force for the Republic of Croatia last week, 23rd June 2017. The aim of the agreement is to limit the global temperature rise below 2 ° C over the pre-industrial period.

The Paris Conference on Climate Change Challenges and Opportunities was held today at the House of Europe in Zagreb organized by the Ministry of Environmental Protection and Energy, the Ministry of Foreign Affairs and European Affairs, the European Commission’s Representation in the Republic of Croatia and the Croatian Chamber of Economy.

The objectives of the Paris Accord, the related global and EU policies, and the activities implemented in the Republic of Croatia with the aim of preventing and mitigating climate change transition to a sustainable, low-carbon society are represented toward numerous representatives of the professional and scientific community, the economy, trade unions, non-governmental organizations and all other interested stakeholders at the conference.

At the meeting, the goals of the Paris Accord and the EU’s policy were presented in detail, the Strategy for Low-Level Development of the Republic of Croatia by 2030, with a view to the 2050th, which is just in the public debate and expected to be adopted this year, the UN Climate Change Adjustment Strategy Agenda 2030 for sustainable development and examples of green technologies and domestic products.

Experiences in implementing projects aimed at reducing greenhouse gas emissions and their benefits were also presented by representatives of Croatia Airlines and AAT Geothermae Ltd, as good practice examples. 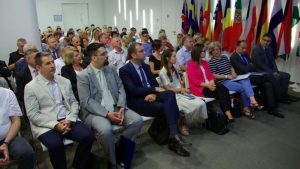 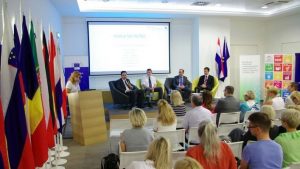 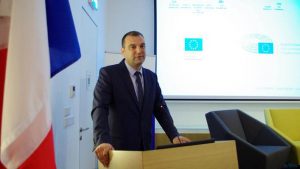